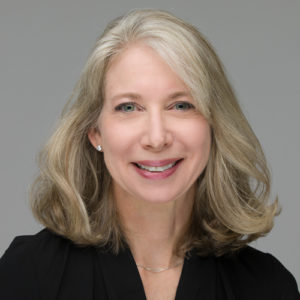 Diana Moss became the President of the American Antitrust Institute in January 2015. Since joining AAI in 2001, Dr. Moss has developed and expanded AAI’s advocacy channels and strategies, and strengthened communications with public and private enforcers, Congress, other advocacy groups, and the media. Her work spans both antitrust and regulation, with industry expertise in other areas.  From 1995 to 2001, Dr. Moss served in the Office of Economic Policy and Office of Markets, Tariffs, and Rates at the Federal Energy Regulatory Commission. There, she coordinated the agency’s economic analysis for electricity mergers and contributed to the development of the landmark open access rules. From 1989 to 1995, she consulted in private practice in the areas of regulation and antitrust. Dr. Moss is also Adjunct Faculty in the Department of Economics at the University of Colorado at Boulder.

Dr. Moss has spoken widely on various topics involving competition policy and enforcement, testified before Congress, appeared before state and federal regulatory commissions, at industry and academic conferences, and made numerous radio and television appearances. She has published articles in numerous economic and legal journals as well.

Dr. Moss was named to the GCR’s Women in Antitrust in 2016 and again in 2021.  In 2021, Dr. Moss was inducted into the American Bar Association Antitrust Law Section’s Hall of Fame-inism.  She holds a M.A. degree from the University of Denver and a Ph.D. from the Colorado School of Mines.